A month ago, danluu wrote about terminal and shell performance. In that post, he measured the latency between a key being pressed and the corresponding character appearing in the terminal. Across terminals, median latencies ranged between 5 and 45 milliseconds, with the 99.9th percentile going as high as 110 ms for some terminals. Now I can see that more than 100 milliseconds is going to be noticeable, but I was certainly left wondering: Can I really perceive a difference between 5 ms latency and 45 ms latency?

Turns out that I can.

Where I came from

Like probably all shell configurations, mine has a prompt, that is: It displays some contextual data when I can enter the next command. Most prompts include the username, hostname, and the current working directory. Mine can also include the current Git branch and commit, the current kubectl context, and which OpenStack credentials are currently loaded. It knows some quite unique tricks. For example, if the current working directory is not accessible anymore, it highlights the inaccessible path elements. Or, inside a Git repository, it highlights the path elements inside the repo.

Since that’s quite a lot of logic, I delegated the rendering of the entire prompt to a custom program. That program used to be a Python 2 script, but since I'm not nearly as fluent in Python as I used to be, I didn’t dare touch it anymore. I therefore decided to rewrite it into a Go program. The feature set didn’t change, but here’s a thing that did change:

The new prompt renders in 3 ms whereas the old one took 57 ms. That’s nothing to do with sloppy programming, that’s just how long it takes to start up the Python interpreter, as can be easily observed by running a Python interpreter without actually doing anything:

(By the way, all these measurements are on hot caches. The first execution of python2 takes more than double as long.)

The Go program, on the other hand, does not need to start a runtime. It’s probably short-lived enough to never even garbage-collect.

I did these measurements while I was still writing the Go program, just for fun. But only after switching to the new prompt did I realize how much snappier my terminal feels just because of this change. There was always this short gap between seeing the output of one command and being able to enter the next command, but I did never really understand that this was due to my slow prompt renderer, and not due to the behavior of the shell, the terminal, the OS scheduler, or any other entity involved in the process.

When I press Enter in my shell now, the next prompt just appears instantaneously, without any perceivable latency between the keypress and the prompt being rendered. This feels so magical, I cannot even put it into words. It’s as if this were a new notebook, not the same one that I’ve been using for five years now.

The point is, latency really is important for how an application or a system feels. I will definitely care more about responsiveness of my programs in the future after this experience.

This has been discussed on Hacker News, and lead to a semi-related followup of mine. 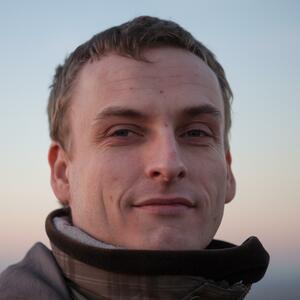